When the American with Disabilities Act (ADA) was passed in 1990, the internet was a few years away from becoming a part of everyday life. However, the underlying principles of ADA have an impact on business websites: each American, including those with disabilities, deserve equal access to public spaces.

The internet has become indispensable, and as a result, company websites that are inaccessible to those with disabilities put these customers at a distinct disadvantage. In recent years, disability advocates have been fighting for better web accessibility in court despite substantial pushback.

However, the legal fight for accessibility had yet to reach the highest courts in the land. That is, until last month. In a substantial victory for web accessibility, the Supreme Court declined to hear an appeal from Domino’s Pizza.

Here’s what you need to know about Domino’s v. Robles, and what it means for businesses.

The Fight for Web Accessibility

Guillermo Robles, who is blind, sued Domino’s Pizza after trying to use their website to order on his iPhone. Even though he has screen-reader software to help him navigate places online, he was unable to use Domino’s website or app as they were incompatible with the technology.

Domino’s Pizza argued that without official federal guidelines, there’s a lack of clarity on how to make websites and applications accessible. The company also claimed that their business was not inaccessible because a customized pizza can be ordered through other sources, such as in-store, by phone, text, social media, and voice-activated devices such as Alexa. Domino’s also stated that they are in the process of developing their own proprietary voice-ordering digital assistant, Dom.

Robles brought the lawsuit against Domino’s in 2016, but a California federal judge initially sided with Domino’s and dismissed the case. However, the 9th U.S. Circuit Court of Appeals ruled in favor of Robles in 2018 and stated that Domino’s (as well as all retailers) must make online services accessible to all citizens. Domino’s took the case to the Supreme Court to challenge the decision.

While the Supreme Court’s denial is a victory, the case is not over yet. The appeals court sent the suit to lower courts to make a ruling on the matter. The Supreme Court may also choose to take up the case at a later date.

The Dominoes case is a really big victory for the disabled and now puts all businesses, large and small on notice. Equal access and inclusion are now a necessity for websites and their owners.

What This Means for Businesses

Domino’s case highlights a growing trend as people with disabilities fight to gain access to online spaces. Court cases regarding web accessibility are on the rise: more than 2,200 cases were filed in federal court last year, and even more were filed in state courts.

Companies are starting to take the concept of web accessibility seriously as advocates start to hit where it counts: their pocketbook. Although screen-reading and other software are available to help give access, companies need to include accessibility in their websites and apps to make it usable.

The internet is essential for modern life. From looking up bank accounts, paying bills, getting directions, to buying critical items, functioning without the internet is virtually impossible. However, without government guidelines, how can businesses make sure their online platforms are accessible and avoid potential lawsuits?

Adally can help. Our free certified ADA top-level scan can help give companies the insights they need to make sure their information is accessible to everyone. Reach out to one of our experts today to get the information you need to create a compliant website! 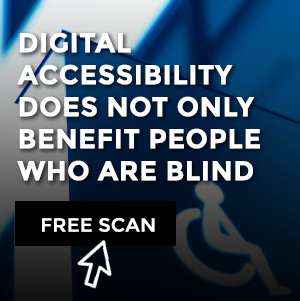 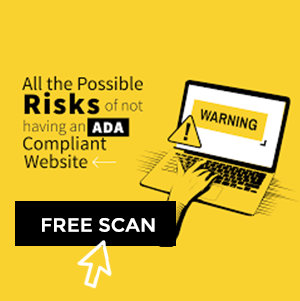 We Will Run Our ADA Compliance Scan For You Today At No Cost.

Please Allow 12-24 Hours For Our Scan To Fully Run And Produce An Extensive Homepage Compliance Report.

Your Report Will Be Emailed To You at The Address Below

We do not share your email with 3rd parties.